Posted at 18:29h in Colocation And Hosting Blog: Netrepid by netrepidadmin
Share 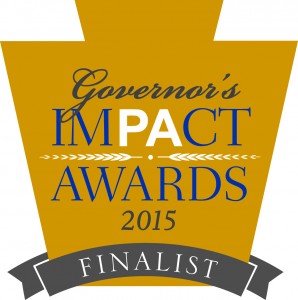 Our President and CEO, Sam Coyl, has been named a finalist for the third annual Governor’s ImPAct Awards for creating jobs that pay and for his contributions to economic impact within the commonwealth. Awards will be presented at a ceremony at the Hershey Lodge on May 21.

Coyl was nominated for the Governor’s ImPAct Awards because he demonstrates a determination, vision and leadership befitting not only his Marine Corps brotherhood, but which are required for all successful entrepreneurs.

He has proven to be a catalyst for Eastern PA’s developing entrepreneurial culture (thanks to his founding of the Netrepid Virtual Incubator), and he eagerly gives back to the community which has supported his start as a business owner through his involvement with regional Startup Weekend events.

Last year, Coyl was also recognized for his entrepreneurial contributions to the Keystone State by the Philadelphia District of the SBA as Eastern PA’s Veteran-Owned Business Person of the Year and by the Central Penn Business Journal as one of 2014’s 40 Under 40.

The Governor’s ImPAct Awards recognizes companies from throughout the state in five categories:

Coyl was nominated for the award by Pam Martin of the Ben Franklin Technology Partners and the Partnerships for Regional Economic Performance (PREP) network of South Central Pennsylvania. Each of the 10 PREP regions submitted up to five nominations per category.

PREP is a statewide network of partners that works to regionalize and coordinate local economic development services to businesses and entrepreneurs.

Representatives from the Team Pennsylvania Foundation and Journal Multimedia evaluated the nominations and will select the award recipients.

For more information and the full list of nominees, visit newpa.com/gia.