MSPmentor Named Us One Of 2015′s Fastest Growing MSPs

Posted at 19:50h in Colocation And Hosting Blog: Netrepid by netrepidadmin
Share 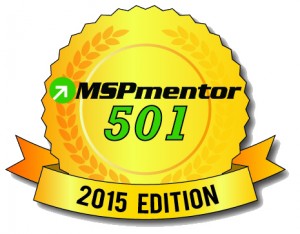 A little over a year after being named one of North America’s top 100 managed hosting providers by one of the leading technology news publications in the IT channel, we learned last week that we have now been named one of the top 501 MSPs in the world by MSPmentor, the “Ultimate Guide to Managed Services & MSP News.”

As an added feature to its annual list of the top 501 companies in the managed services sector, Netrepid was also named the 8th fastest growing managed services provider on this year’s list.

“We want to congratulate Netrepid and look forward to covering their growth strategies in the year ahead,” said Marcia Parker, the Executive Director of the Penton Technology Group in a press release issued today.

Late last year, MSPmentor also named Netrepid President/CEO Sam Coyl as one of the top 250 executives, entrepreneurs and experts in the MSP space as part of its 2014 MSPmentor 250.

Additional lists include the top ranked MSPs in North America, Europe/Middle East/Africa, Asia/Australia/New Zealand, and the top Small Business MSPs (for companies with 10 or fewer employees).

For each of the past 8 years, MSPmentor has gathered information for its annual rankings through the participation of managed service providers and IT service providers through surveys. The survey for this year’s MSPmentor 501 was conducted from December 2014 through January 2015. After the surveys are compiled, Penton Technology ranks the submitted MSPs on a unique criteria, with factors including annual recurring revenues, total revenues and more.

MSPmentor is the “ultimate guide to managed services”. Produced by Penton Technology, MSPmentor features the industry’s top-ranked blog, research, Channel Expert Hour Webcasts and FastChat videos. It is the number one online media destination for managed service providers in the world.