2013 Startup Weekend Roundup: An Epic Year For Startups In PA

Posted at 18:26h in Colocation And Hosting Blog: Netrepid by netrepidadmin
Share 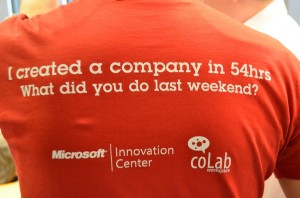 In 2013, there were seven Startup Weekends across the Keystone State. We were fortunate to be involved in the first ever Startup Weekend Harrisburg as a sponsor, and our CEO Sam Coyl served as a business coach at the 54-hour event. At Netrepid, we look forward to further expanding our involvement with these excellent programs in 2014.

What is Startup Weekend? For those who don’t know, Startup Weekend is a 54-hour event where developers, designers, marketers, product managers and startup enthusiasts come together to share ideas, form teams, build products, and launch startups. This hands-on experience allows entrepreneurs a 3-day binge session to find out if their startup ideas are actually viable.

After spending some time pouring over the results of all seven of the Startup Weekends held in PA in 2013, here are three takeaways everyone should know about the startup ecosystem in Pennsylvania:

Below, you will find a very thorough recap of all seven Startup Weekend events in Pennsylvania during 2013. Here’s what you can expect to learn:

If you attended one of these Startup Weekends, please let us know how you think it went and if you will be attending next year. If we’re both lucky – maybe we can meet up at the next event near you!

Startup Weekend Recap: 36 ideas were pitched to about 90 attendees and 13 teams were formed in the 2nd annual Startup Weekend in Philly dedicated to solving problems related to the healthcare industry. mICE – a secure mobile app that includes a unique scanner containing important medical information for patients – won top prize. U.S. Med Experts was presented as a web platform for radiologists worldwide to share X-rays, and KnowMe is a platform for personalized profiles for nursing home residents.

Where Are The Winners Now?: At publication time of this post, mICE and U.S. Med Experts hadn’t made much progress since February. KnowMe has been enrolled into the Penn Health Technology Innovation Incubator and as of June had begun a crowd sourcing campaign.

Startup Weekend Recap: Startup Lancaster had 36 participants and were divided into 7 teams. Amazi – founded by Crystal Rock of York County – won the event, CrowdMeister and Turn Right Now! won second and third prizes. Amazi – which means “water” in the native language of Rwanda – was pitched as a free mobile app to help consumers identify locations where they could fill water bottles with clean water. CrowdMeister was presented as a search engine for crowdfunding. Both Amazi and Crowd Meister won workspace in Lancaster’s Candy Factory – a downtown co-working space – and marketing support from Web Talent Marketing. Both startups indicated they were going to continue with developing the businesses at the completion of the event.

Where Are The Winners Now?: Amazi is building a ton of momentum for itself after being established at SW Lancaster. In April, it was named “Startup Of The Week” by the MapYourStartup Blog, won Most Promising Emerging Company by the Plastic Pollution Coalition in June and was invited to pitch at the Guardian’s Activate NYC 2013 Summit. Crowd Meister has some social media accounts and a “coming soon” page on their domain but otherwise hasn’t progressed.

Startup Weekend Recap: During the first Startup Weekend Pittsburgh of 2013, 9 teams presented startups at the spring competition. First prize to ShareCloset – a social media platform that facilitates the process of sharing clothes, shoes and accessories. Second place went to SpareSpace – a platform intended to match people with space and people with stuff them in a better way than through Craigslist ads. Brew Metrics was designed to bring the Pandora/Netflix suggestion process to the experience of buying beer.

Where Are They Now?: So far, none of these applications have made it past the creation of web properties.

Startup Weekend Recap: About 120 people worked together on 17 demoed startups at the 5th annual Philly Startup Weekend. Slopes – an app for skiers and snowboarders that uses GPS to track a run – took the top prize. Second prize went to Adventures Of Bob – a storytelling app created to curb childhood obesity, and third prize went to DesignSync – a web platform intended to bridge the gap between designers and project managers.

Where Are The Winners Now?: Slopes has been launched in the App Store. If you’re an avid skier, you can buy it for $4.99.

Startup Weekend Recap: About 33 attendees worked together to demo 7 projects at the inaugural Harrisburg installment. The winner – DateMyApartment – was presented as a portal connecting landlords and potential tenants so that the tenants can try their apartments before signing a lease. Wear It’s At is a mobile app/website that would allow people shopping online for clothing to access a wide assortment of brands and connect users through social networking to friends who would provide suggestions. SurveyRT was presented as a mobile app for restaurants to get real time feedback on their guest experiences.

Where Are The Winners Now?: DateMyApartment is currently still in development – and using virtual private servers from Netrepid to host their development platform.

Next Program: Tentatively scheduled for October 2014

Where Was It?: East Liberty
Event Organizer: Kit Mueller (btw – props to Kit and his crew for helping me fill in some of the dots on their most recent Startup Weekend. Check out RustBuilt.org to learn more about Kit and what he’s all about :))
Winners: Tailored Fit, Fetch, Shadow Talks

Startup Weekend Recap: From what Twitter recollects about the second Startup Weekend Pittsburgh of 2013, it might appear that the real winner of the weekend was Taco Shots. Shot sized tacos took over the weekend in spite of the fact that it was not one of the final ideas presented during the competition. About 110 people participated in October – which sounds like a sizeable growth amount after the spring Startup Weekend only had about 9 teams. Tailored Fit – the winner – is an online shopping platform that learns your preferences over time, showing you clothing you’ll like from brands you know and new recommendations you wouldn’t know. Fetch is an app that makes it easier to browse and buy/adopt dogs, and Shadow Talks is a concept for a speaker series that explores the darker side of the human experience.

Where Are They Now?: Tailored Fit is currently taking registrants for its beta launch. According to its Twitter account, Shadow Talks are scheduled to start early next month.

Startup Weekend Recap: More than 85 entrepreneurs gathered in Bethlehem for the second annual Lehigh Valley event. ImPatient – the winner of the event – is a crowdfunding platform for biotech projects. StablePro is a device that was prototyped to allow for more stable action video recording, and the prototype was developed using a 3D printer, laser cutter, and microcontroller. TherMOMitor was presented as a device to track and record body temperature for prime fertility and caring for sick children.

Where Are They Now?: ImPatient actually competed in this week’s Venture Idol event hosted by Ben Franklin Technology Partners. All three winners were also provided the opportunity to compete in this year’s Global Startup Battle.

A New Program For PA Startups: The Netrepid Virtual Incubator

Being involved in Startup Weekend has had a major impact on our business – in addition to making some incredible business contacts and even hiring a team member we met at the event, Startup Weekend Harrisburg also served as the inspiration for our latest project: the Netrepid Virtual Incubator.