Posted at 04:00h in Press Releases by netrepidadmin
Share 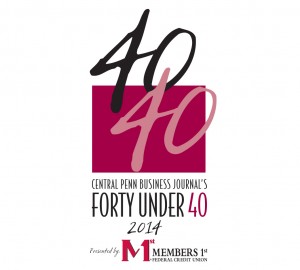 HARRISBURG, PA — On Monday, October 27, Sam Coyl will be honored as one of Central Penn Business Journal’s 2014 Forty Under 40 award recipients for his commitment to business growth, professional excellence and community service at an evening reception and awards program at Hilton Harrisburg from 6:00 to 9:00 p.m. This year marks the program’s 20th anniversary.

Coyl is President and CEO of Netrepid, a provider of hosting and technology solutions that work side by side with growing companies to accelerate their infrastructure from the ground to the cloud. In addition to his commitments to helping Netrepid grow, Coyl also serves:

“I am honored to be named one of Central Pennsylvania’s top executives under 40,” said Coyl. “But I couldn’t have done this alone. Our team also deserves a lot of credit for working their tails off to make sure what I do to grow our company in Central Pennsylvania is successful.”

Want To Congratulate Sam? Leave A Message For Him In The Comments Below!

In addition to being named one to Central Penn Business Journal’s Forty Under 40, earlier this year Coyl was also named Eastern Pennsylvania’s Veteran Business Person Of The Year by the Philadelphia District of the US Small Business Administration.

Following the event, Coyl and the other award recipients will be featured in a special publication distributed in the October 31 edition of the Central Penn Business Journal. The list of winners will also appear in the 2015 Book of Lists publication.

For more information about the Forty Under 40 awards program, the complete list of the honorees and/or to register to attend the awards reception, visit www.CPBJ.com/events or contact Jami Marsicano at 717.236.4300.